Friends and business Partners of the watch manufactory "6MX" have very important dates this year! The Baltic State Academy of the Fishing Fleet (BGARF) celebrates its 55th anniversary. And two more dates for two of the most beautiful large sailing ships in the country: 100 years of the barque "Sedov" and 95 years of the barque "Krusenstern".

With the assistance of the academy's staff, several years ago, the barges Sedov and Krusenstern tested a fundamentally new watch for the watch industry, the cases of which are made of fiberglass (glass-filled polymer). Almost every new watch model is tested in the marine environment on sailboats by crew members and expedition participants. 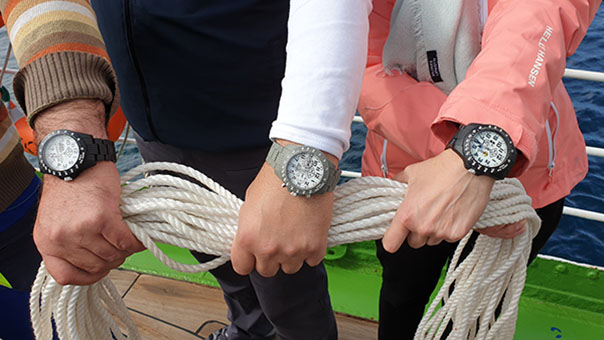 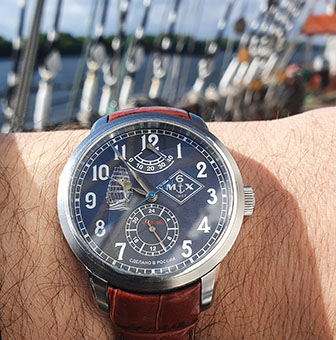 Thanks to the tests of the cases for "endurance": for water resistance, for practicality and ease of use, the watch is launched into mass production with a guarantee of the declared characteristics. And some models of watches, in agreement with the academy, can now be purchased with a printed image of ships on the dials. 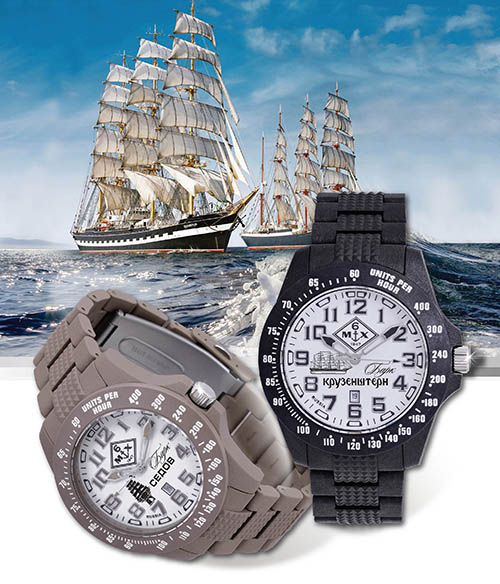 And the watch manufactory " 6MH "with BGARF and the crews of the barks "Krusenstern" and "Sedov" has a program that allows marine instruments of accurate time, produced at the plant since 1947, to acquire collector's value. So, after two seasons of operation (2016-2018) on the barque "Kruzenshtern", the marine chronometer 6MX was purchased for a permanent exhibition by the Museum of the World Ocean in Kaliningrad. 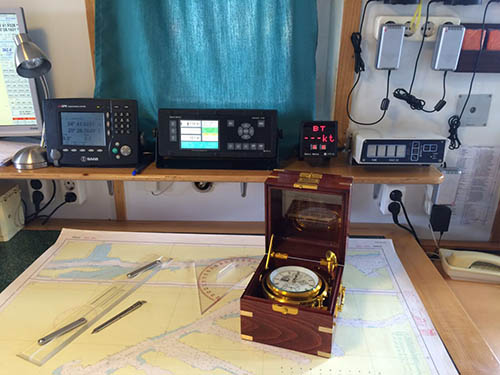 During the round-the-world expedition dedicated to the 200th anniversary of the discovery of Antarctica and the 75th anniversary of the Victory, marine chronometers and deck clocks were kept on watch on the barges "Kruzenshtern" and "Sedov", which at the moment became the basis of the museum exhibition organized by the watch factory together with the BGARF. 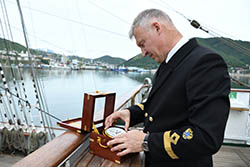 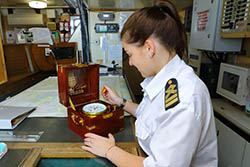 After circumnavigating the globe, the 6MX precision time instruments were returned to the factory for inspection and adjustment, and returned to the barges for display. Each device (two chronometers and two deck clocks) can be purchased at a price that takes into account their collector's value. The proceeds from the sale will be used for the needs of the barks "Kruzenshtern" and "Sedov". During the year, in the museums of the ships "Sedov" and "Krusenstern", you can get acquainted with the products produced by the watch factory for the academy and ships, make an order for watches, and look at the history of the factory in photos.

A similar exhibition is organized within the walls of the Academy, in the " Historical and Cultural Center of Maritime Education":  ﻿

Watch manufactory 6MX thanks the employees of the Baltic State Academy of the Fishing Fleet and the crews of the Cruzenshtern and Sedov sailboats for their cooperation! Personal gratitude for the preparation of the exhibition expositions to the rector of the Academy Vladimir Alekseevich Volkogon, Head of the Department of Navigation and Practical Training Mikhail Vyacheslavovich Novikov, head of the Historical and Cultural Center of Maritime Education of the BGARF Elena Aleksandrovna Antipina, head of the press service of the Academy Irina Viktorovna Obraztsova, captain of the barque "Kruzenshtern" Mikhail Petrovich Eremchenko, captain of the barque "Sedov" Viktor Yuryevich Nikolin! 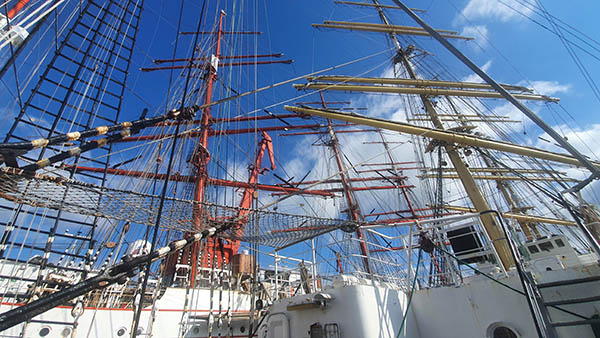 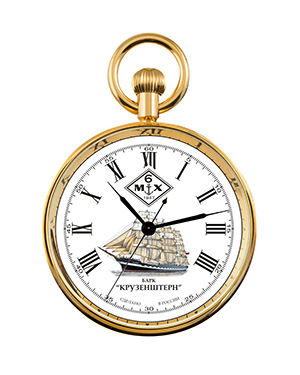